NVIDIA made a tremendous start of 2019 by announcing about the new graphics technology for real-time ray tracing in gaming and content creation on a huge number of laptop and desktops. Also, NVIDIA announced about their latest graphics card – NVIDIA GeForce RTX 2060.

In front of a thousand people, the CEO of NVIDIA Jensen Huang announced the release of GeForce RTX 2060. At $349 this graphics card will make NVIDIA’s new Turing architecture accessible to tens of millions of PC gamers.

The announcement of RTX 2060 was the show-stopper for NVIDIA’s appearance in CES 2019.  NVIDIA also announced about 40+ new laptop models in 100+ configurations based on new Turing-generation GPUs. Some monitors were also unveiled by NVIDIA in CES 2019. These monitors packed with G-SYNC will provide silky smooth gaming experience.

Turing Architecture – What is so cool about it?

Jensen Huang spent a significant time of his talk explaining how Turing has an important impact on real-time graphics. According to him, it might be the most important discovery by NVIDIA after the invention of programmable shader more than 15 years ago.

Turing combines support for real-time ray casting and deep learning, all thanks to its RT Cores and Tensor Cores. This will allow designers, artists and developers to create photo-realistic experiences which were previously extremely difficult to generate.

Real-Time Ray Tracing on a Laptop

In CES 2019 NVIDIA announced a record number of laptops from all top brands featuring NVIDIA’s latest RTX GPUs. Many of these laptops are thin and they feature NVIDIA’s Max-Q design. These systems make it possible for gamers to enjoy the latest ray-tracing enhanced games, like Battlefield V even on battery power.

According to NVIDIA their latest RTX lineup GPUs. both mobile and desktop versions will be able to handle 8K RED video editing. NVIDIA has partnered up with OBS to give users the full advantage of RTX processors by letting them to live-stream like a pro using a single computer powered by an RTX GPU. 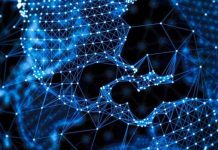