In the last few days, several reports have emerged from different parts of the city concerning power cuts. According to Chennai residents, the outage lasts for an hour or two.

Some areas affected by these power cuts include Puzhithivakkam, Velachery, Valasaravakkam, Kolathur, Ambattur, Madipakkam, and Thoraipakkam.

What are the people of Chennai saying?

Aravindh, a resident of Puzhithivakkam, says

Working from home has become almost impossible due to the power cuts. I could not attend a lot of important video conferencing meetings and missed many deadlines. I have been struggling to work for two hours straight without a power cut.

According to some locals, Tangedco is regularly carrying out maintenance work that is causing these power shutdowns. The outages haven’t stopped to date, which is causing inconvenience to those working from home.

We have had more than 40 power cuts in the past one month. I registered numerous online complaints and nobody has ever responded. Also, the landline of local TNEB office has not been functioning for nearly a year now. I have been residing in this area for the past 15 years and facing this issue for the first time.

Some residents have also complained of voltage fluctuations that led to electronic damage. According to B Bhoopalan, the disruptions only occur in the wee hours. So the grim situation demands a voltage stabilizer that will balance out the voltage if there in any variance.

Power cuts here are mostly between 2 am and 4 am. With humidity levels increasing, we are not getting any sleep due to the outages. The officials must immediately address the issue.

B Revathi from Velachery said that the voltage fluctuations has damaged three devices in her house. When she complained about the same, the officials suggest a temporary fix.

When Tangedco was asked about the same, they say that every area has different sets of issues, most of which are technical faults. They said that they try to address the issue immediately and will perform checks as soon as possible.

For now, it looks like the best Chennai residents can do is wait for Tangedco to fix these technical faults. 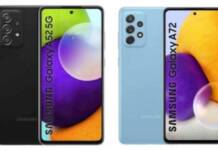