Eon Musk’s Tesla Motors has been security conscious than many other car manufacturers, but it still has some vulnerabilities which can be exploited that could be used by tech-savvy car thieves to steal vehicles. Thieves can clone Key Fob to take your Tesla from you.

So What is Key Fob of Tesla Model S?

A key fob is a wireless remote that interacts with the electronics in your car. A fob can have many functions like it can open the doors, start the car, and in some cases, the fob will open doors and start the car without being physically touched by the user. Sometimes the fob will be attached to a mechanical key, but it may also be a separate device. Fobs are most often made out of a hard plastic and will have pressable buttons. If you ever lose yours or need spare, United Locksmith offers professional key fob replacement.

KU Leuven researchers have found a technique that let them bypass the encryption on Tesla’s key fob for the Model S, making it trivial to clone the key, get inside and start the vehicle, the findings are likely to impact other manufacturers including McLaren, because the fob system was not produced in-house by Tesla, but rather purchased from a company called Pektron. Pektron allegedly used a relatively unsophisticated encryption protocol to protect the key fobs. They discovered that the fobs used an easy-to-crack 40-bit cypher to safeguard the codes. Once they got two codes from a specific fob, they only had to try using encryption keys until they discovered the one that unlocked the EV. From there, the researchers created a data table for code pairs that would let them find the encryption key for cloning any Model S fob.

Who doesn’t need to worry?

KU Leuven said it informed Tesla about the issue in August 2017, but the automaker noted that it took a while to verify the research, create the fix and roll it into the company’s manufacturing systems. So the attack won’t work on the cars rolling out from June onwards, but if you own one Model S manufactured before June, just beware of your Key Fob. 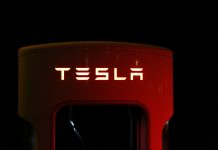