YouTube Algorithm Got Some Changes to Prevent Recommendation of Conspiracy Videos

If you are a frequent user of YouTube then you should have noticed that YouTube recommends you videos to watch. Most of the times these videos match with your taste of videos. YouTube does this magic based on its complex algorithm which analyzes your search and watches history to recommend you, videos. The algorithm, being a software has its own flaws. Developers of YouTube recently updated this recommendation algorithm to stop the recommendation of some undesired videos.

What is the change in the YouTube Recommendation Algorithm?

After this new change, the YouTube algorithm won’t recommend videos which “come close to” violating the community guidelines. YouTube community guidelines are some set of rules to keep the YouTube Community healthy. For instance, the guidelines prevent Nudity and Sexual contents, Harmful or dangerous contents, Hateful contents, violent contents etc. from getting into YouTube. That means this new algorithm will no longer support videos which make false claims like “earth is flat”.

From the original post from YouTube, we know that this change in the algorithm will have an effect on recommended videos. According to the post after a user views a video, the algorithm will no longer recommend the similar video, instead would pull recommendations from a wider set of topics.

YouTube said that this change in the algorithm will reduce the spread of content that comes close to violating their community guidelines. However, this change won’t affect the availability of such videos. But if a user spontaneously searches for such conspiracy videos then they will get related recommendations.

YouTube’s Recommendation Algorithm is an advanced AI-based algorithm, but it is not quite yet perfect. More such changes will get YouTube’s algorithm one step closer to perfection.

But as a user of YouTube, we should be conscious of what contents we watch and share. 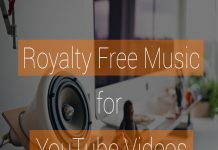