Recently India became the county with cheapest per GB data cost. But meanwhile, there is a new online fraud in the market which is draining GigaBytes of data from users’ smartphone. Due to cheap rates, users don’t notice their data usage statistics. But if there is about 10GB data wasted then the issue might be serious and worth noticing.

What do we know about this bug

Last month some Android users noticed not only abnormal activities in their data usage but also abnormal battery drainage. According to researchers of Oracle, an ad fraud may have caused this data drainage. They called this code  “DrainerBot”. This bot, without users’ knowledge, downloaded GigaBytes of video advertisement in users’ smartphone. This bot affected apps actually made these downloads.

According to the researchers at Oracle, there were hundreds of Android apps which were downloaded more than 10 million times, were affected by this online fraud.

A Dutch Company called Tapcore tracked the code of the bot. They completely denied any knowledge and revealed that they have launched an internal investigation into the matter. Hope they will soon notice and remove this problem.

The apps which were marked by Oracle were blacklisted by Google Play Store. However, there are still some apps that are still having this online fraud related bot.

The list contained popular apps like – Draw Clash of Clans, Solitaire: 4 Seasons (Full), Perfect365. These apps were not only costing data but also these apps on the background were draining the battery and making the devices hot. If after installing a particular app there is a sudden change in data consumption, then that new app might be affected by the bug. If there is any sluggishness in the performance of your phone then there might be this bot already working on your phone. 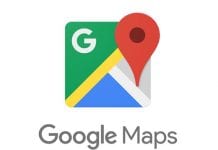