Twitter has lately been facing a lot of criticism over the morbidity of its community. Last month taking the concerns, Twitter announced that it will more actively measure and combat bad behaviors on its platform. Turns out Twitter is pretty quick on what they say. As the measures have already started to kick off. We are now seeing a very straightforward approach from Twitter which is to make its rules of conduct more visible. This is a good start from Twitter. Upcoming weeks are expected to bring more of these changes that will help the company to be a cleaner platform.

Launching a new study today with @SusanBenesch and @dangerousspeech to help diminish abuse on Twitter. It’s a simple idea, and we have an open and accountable way to share the findings. https://t.co/aH2KCWJiRd

CEO Jack Dorsey came out on Twitter, saying that the company has partnered with an outside team, led by researchers Susan Benesch and J. Nathan Matias, to run a test starting today. “Research has shown that when institutions publish rules clearly, people are more likely to follow them,” the researchers wrote in an announcement. This is pretty basic to start off with but it definitely will have a positive effect on users. Twitter will start showing their rules of conducts in timelines of users. This will help them better understand the policies followed by the company and would spread a clarity among the community.

How the tests will be followed is not yet clear. But the researchers write they “cannot describe it in detail now without jeopardizing the integrity of the results,”. Furthermore they said, they have received approval from two university ethics committees and have already outlined the plan with a third party.

The company has announced its plans to improve its platform after receiving a heavy amount of criticism. Users have been complaining about different issues like harassment and misinformation. However, Facebook has stolen the limelight from Twitter in the recent past weeks following the Cambridge Analytica Scandal.

“We hope that this project will supply practical knowledge about preventing abuse online and that our process will inspire further transparent, independent evaluations of many other ideas for reducing online abuse,” 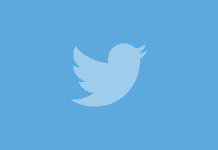