The sci-fi world of AI based voice assistants have come to a reality with the help of Alexa, Siri and Google Assistant. And among these voice assistants, Google’s Assistant is probably the best one. It is available in your android devices and it is also dominating the world of smart speakers with its Google Home and Google home mini.

The journey of Google’s Assistant started with one female voice named “Holly”. After that, Google added a male voice in the Assistant last year i.e. in 2017. In May 2018 in Google I/O, Assistant got 6 new voices and also a new colour based naming scheme. Previously the namings of the voices of the Assistant were like Voice I, Voice II, and so on. Now their namings are like Red, Orange and so on respectively.

Now, from 13th December 2018, there are two new accents in Google’s Assistant which are namely Sydney Harbour Blue and British Racing Green. As the names suggest the voices are respectively for Australian accent and British accent. 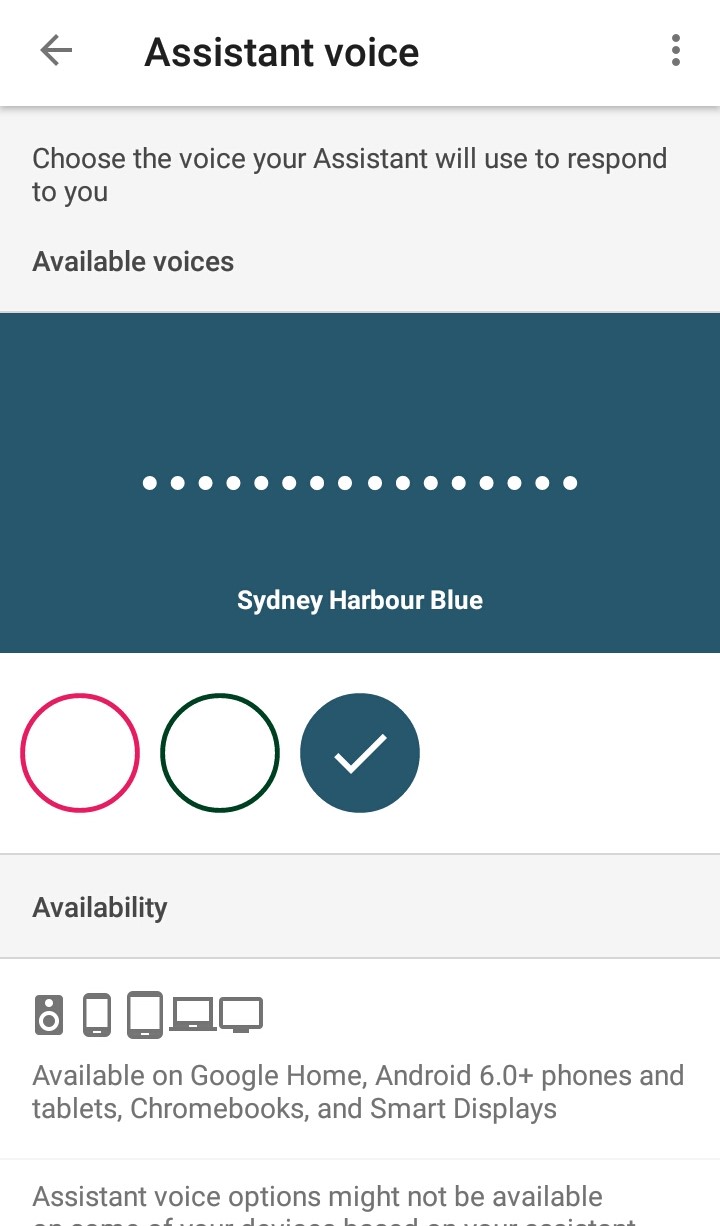 How to activate assistant on your device:-