When an older PC breaks down, it’s quite normal for anyone to decide that getting a new computer may be the best solution. After all, no one minds upgrading their old system, and they definitely don’t want to face the same issue again. But given the dire economic straits everyone is suddenly finding themselves in, that might not be the best solution anymore.

If your computer has started performing poorly in recent days or weeks or has any major issues, you might be considering either fixing your current setup or getting a new one. The right answer depends on a couple of factors and circumstances, which will be discussed below. So buckle up and keep reading to learn when to fix or even replace your desktop. 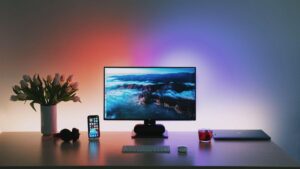 When To Upgrade or Fix Your Computer

A brand new computer can stay efficient for up to 10 years no matter which generation it belongs to. Contrary to popular belief, desktop hardware tends to last, and the reason most people change their hardware so much is that they really want an upgrade, not just a fix.

As long as there isn’t a major hardware mishap with your computers like hard drive malfunction or important components like the motherboard, power supply, or RAM are severely damaged, you can fix most computers quite easily by switching out the malfunctioning parts for the same or better model.

The best part about computers is the customization flexibility; take advantage of it.

So how do you know you need to upgrade or fix your computer? Simply observe which of the following problems you’re facing and deal with them accordingly.

If You Struggle With Important Tasks

Users often find that their desktops struggle when running software and apps after a couple of years of use. This problem can often be caused by individual hardware problems like bad sectors or hard disks, motherboard crashes, or the power supply not working properly.

If you’re facing problems such as slow processing speed, memory, and frame rates, upgrade the specific hardware like RAM, processor, or GPU to improve functionality

Your Device Is Old but Mainly for the Internet

If you’re primarily using your desktop to browse the internet and for light entertainment such as watching movies, replacing your computer is unnecessary. Doing some required repairs and upgrades should be more than enough to keep your computer going for another couple of years.

When it comes to fixing or upgrading your computer, you’ll likely need the help of a computer repair service near you that is dependable.

When To Replace Your Computer

When the factors and situations for fixing or upgrading your computers aren’t applicable or viable anymore, you can seriously start considering replacing your current computer.

Only consider replacing computer if you’re facing the following situations:

While you can easily fix minor issues such as the hard drive or RAM, major ones like the motherboard or CPU require that you think deeply.

While there are temporary fixes for major hardware malfunctions under specific conditions, more often than not, that fix is akin to slapping flex tape over a burst pipe; you’re better off buying a new one.

Your Computer Is Nearing 8 Years

Just like marriage, Seven years is often seen as the magic number for optimal PC lifespan. While it might run a few more years beyond this deadline, your computer is likely to have a major breakdown at this point unless it’s really lucky. So if your computer requires major repairs at this age, then consider a new one.

If your computer requires more than one upgrade, then it’s time to get a new computer. Multiple upgrades mean the hardware compatibility will have to be similar, so you might as well buy a new one.

The Best Decision for Your Wallet

Hopefully, the tips mentioned above and tricks will help with a major financial decision for you. Reigning in your passion is highly advisable if you’re just an ardent techie and upgrade freak.

With the cost of PC parts skyrocketing, investing in a new PC right now is a hefty investment, so make sure you do it only when necessary to cut down unnecessary spending.