In the software industry, containers are becoming very well-known for all reasons. Technology is advancing, and there is a rise in the global sharing of programming applications and projects. In addition, containers simplify the process of running or executing software and applications. Continue reading to learn about what a container is and how Docker registries make it simpler. 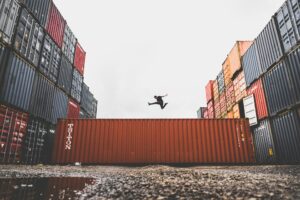 Containers are standardized software components that make it possible for applications to run swiftly and consistently in different computing environments by wrapping code and all its dependencies. An application’s code, runtime, system tools, libraries, and settings are all included in a lightweight, independent, executable package known as a “Docker container image.”

In the case of Docker containers, images become containers when they’re running on Docker Engine. Container images become containers during runtime. Containerized software is available in Linux and Windows-based programs and will always operate the same, no matter the infrastructure. Software is isolated from its environment by containers, which guarantee that it operates consistently despite variations, such as those between development and production.

These registries are made up of several repositories, both public and private. The repositories store several iterations of a project’s container images. The user may tag the container photos so they are identifiable. Images may be downloaded and uploaded directly from Docker or other trusted sources. A developer now has a wider range of possibilities. Most significantly, a Docker registry gives developers a centralized platform for creating and distributing containers, enabling developers to handle containers easily and efficiently manage their development cycle.

Additionally, a Docker registry enables automated container builds. This is important and serves as a useful tool for its use since it allows them to spare a significant amount of time. Certain registries offer features that enable them to act as a register for caching. These registries can assist in caching builds that are subject to an automated procedure. As a result, photos will be automatically downloaded to the repositories for caching. Another feature that facilitates and satisfies container demands is that it enables the construction of containers to proceed more quickly than normal.

The official repository for Docker is called Docker Hub. It provides a plan that enables customers to utilize its services without paying fees. For instance, the free usage plan on Docker Hub allows free access to a limited number of private and public repositories. In addition, over 100,000 images are available on the Docker Hub.

It permits working in groups and organizations, much like other Docker registry alternatives. As a result, sharing containers and working together to complete builds is made easier. Through a Docker Registry, a developer located in one region of the world may easily collaborate with a person in a different location. A public repository on Docker allows everyone to view the containers. Still, a private repository may only be accessible by the owner, depending on the team’s needs for accessibility.

Docker Hub significantly simplifies container requirements because it has built-in security measures. For example, images may be scanned to distribute the container after confirming its legitimacy and degree of security.

Additionally, users may interface with sites like GitHub and BitBucket via Docker Hub. Testing may be automated for containers. This can provide faster feedback to developers on the functionality of the code. Webhooks in Docker Hub also trigger behaviors to integrate Docker with other systems or services when a push has been made to the repository. So, after being created, a container may be integrated and utilized for collaboration.

By making it simple for developers to use these platforms and make use of the many functionalities offered for their containers, Docker Hub and other Docker registries ease container demands. A user can assess the viability of using a certain register in accordance with their needs by accessing free versions of registries.

The JFrog Container Registry, which manages Helm Chart repositories and Docker containers, is the biggest and most effective registry on the marketplace currently for your Kubernetes setups. Utilize it to manage and arrange all of your Docker images in one place, removing the throttling and retention issues with Docker Hub. JFrog interfaces with your development environment to provide safe, accurate, and quick access to third-party Docker container registries.

Developers have a good experience thanks to a Docker Registry since it satisfies their container needs. Moreover, they have a choice of possibilities to pick from based on their viability, thanks to the availability of a wide range of such registers with various characteristics.