While names like Ethereum, Monero, and others may seem foreign, Bitcoin is something which almost everyone knows. Even if they don’t know about it, they would have still heard about it. And with its value increasing at such an exaggerated rate, more people wish to invest in it daily. However, that has been getting difficult with each passing day. It is impossible to mine Bitcoins if you don’t possess specially dedicated mining rigs. Thus, giving up on it seems to be the only choice right? Well, not exactly. It is true that mining Bitcoin is hard (close to impossible). However, mining other cryptocurrency is not so hard. We are going to introduce you to 5 Bitcoin alternatives. You can mine them from your home without much investment.

If you would like to know more about cryptocurrency, then you can take a look at this article.

While it is true that the following alternatives to Bitcoin are profitable to mine currently, there is no guarantee about the future. Similarly, the difficulty to mine them is relatively easier when compared to Bitcoin. However, they may still pose difficulty. It is also entirely possible to take time to even mine a single coin. Furthermore, one can never be sure about the future and thus a coin which is too easy to mine today and practically of no value may become too hard to mine in the near future with its value increasing drastically.

Keeping all that aside, here is the list of 5 Bitcoin alternatives:

Released way back in 2011, Litecoin is one of the very first Bitcoin alternatives in the arena. It is a peer to peer open source cryptocurrency in which block processing takes 2.5 minutes. This is much faster when compared to 10 minutes processing time of Bitcoin. Thus, Litecoin offers faster block generation and transaction confirmation. The mastermind behind this alternative is Charlie Lee, a former Google employee. Although nowhere close to Bitcoin, Litecoin is still able to bring in close to $318 when exchanged for US dollars. Also, Litecoin network is capable of producing a total of 84 million Litecoins. That is 4 times the number of maximum Bitcoins possible.

Ethereum is not just another cryptocurrency. Created by Vitalik Buterin, it is rather a decentralized platform to run distributed applications and software without any downtime and without any control. It makes use of its own currency, ether, to run. This is an entirely different way to use the blockchain when compared to Bitcoin. Bitcoin only makes use of blockchain to keep a record of transactions and thus exchange money. Ethereum was introduced in 2015 and has gained immense popularity in a short amount of time. It has an exchange rate of $728.56.

Dash is another Bitcoin-like cryptocurrency which is open source. It is the fruit of Evan Duffield‘s efforts. As a Bitcoin alternative, apart from having the features of Bitcoin, Dash also supports instant transactions as well as private transactions. It was introduced in 2014 as Xcoin and then renamed to Darkcoin. Finally, in 2015, it was rebranded as Dash (short for Digital Cash). However, none of its features have seen any change. You can exchange 1 Dash for $1110.

If anyone were to ask that which is the most profitable cryptocurrency to mine at the moment, then the answer would be Monero. Monero was introduced in 2014. However, just like Bitcoin’s inventor, Monero’s inventor is also a mystery. A guy by the forum name of thankful_for_today released Monero as BitMonero which was later renamed. It aims at making transactions more private and decentralized. It seeks to improve the existing cryptocurrency structure by obscuring the data sent during transactions. This allows for an increase in anonymity and equality. The current exchange rate of Monero is around $360.

Introduced as https of the cryptocurrency world if Bitcoin is considered as http. Zcash is another of the Bitcoin alternatives. However, it is not an invention by just another individual. Rather it is the result of a team effort of researchers from MIT, Johns Hopkins University, and others. You can read about the team on their page. It was introduced in 2016 and provides suburbanized and open-source usage. It emphasizes security and privacy. This is put into effect by shielding the sender’s data, receiver’s data, as well as the value. But, the record that the transaction took place is there on the blockchain. This may sound the same as Monero. But, the exchange rate is a whopping $566.

It is difficult to choose any one of the so many available options. The above list only highlights just the tip of the iceberg. There are hundreds, if not thousands, of cryptocurrency out there. But, the authenticity of those raises questions. It is not easy to decide upon an option as there are too many factors to consider.

However, after everything, it is still a fact that cryptocurrency is on the rise. It is also a fact that certain governments have started banning transactions using cryptocurrency. Whether it is a good thing or a bad one, we don’t know. We are also unable to determine if such methods would work to suppress the use of cryptocurrency. Thus, it is entirely up to the reader decide whether to mine or not and which coin to mine. 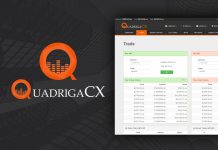 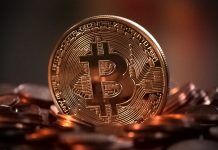 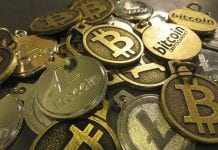