Loading……Loading……Ready Gamers? On your mark, get set, PLAY!!!!. World of games is indeed a paradise for most of the teenagers as well as older people too. However, the first game manufactured was Pong- a table tennis game. As time passed rapid developments were made in the gaming fields, and nowadays games are framing as high as 120-144 frames per seconds.

A notable game among today’s gamers, especially the younger gamers is Minecraft. Minecraft was first released in the year 2011. This game was developed by Swedish Game Developer Markus Notch Persson which was later modified by Mojang AB. However, Minecraft got its inspiration from Infiniminer, Dwarf Fortress, Dungeon Keeper. Minecraft is a game that is based on user creativity. It is a sandbox game wherein the player creates a world made of varieties of different blocks in 3D procedurally world based using self-creativity. On 18th October Minecraft Java edition became the best-selling PC Game selling over 29 million copies. In conclusion, games like minecraft encourages creativity, problem-solving, self-direction, collaboration and also tests the presence of mind.

Therefore, if you are looking for games that will put your creativity on the test, then Minecraft tops the chart. With varieties of 3D blocks to choose from and with the endless combination, Minecraft is one of the best educational games manufactured. Therefore let’s have a look on few games like minecraft which stand out as worthy competitors are as follows-

An action-adventure, role-playing which was released for PCs on 16Th May 2011 and soon became the top selling game on Stream during its initial week of release. This game is built on the Microsoft XNA framework. It is a sandbox 2-D classic exploration type game which revolves around building, combat, survival, and mining in a procedurally generated world. Various resources, mainly ores can be found while exploring and mining. The player uses various tools and equipment to craft new items at specific workstations.

This game can be played both in Single-player as well as in Multi-player mode. After that, the player can encounter with different enemies such as simple slimes, zombies, skeletons, demon-eyes, and various biome-specific enemies while exploring the world. They can combat with the demons using swords, guns, magic-spells, bows and other weapons. Above all the game also features certain boss-levels with rare items as rewards. The minimum system requirements for Terraria are given below 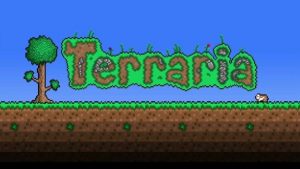 Ace of Spades is a team based first person shooter and voxel-based sandbox type game which was developed by Ben Aksoy and was released by Jagex in December 2012. This game is a combination of games like Minecraft and Team Fortress 2 with various game modes such as base infiltration, zombie defense, and team deathmatch and different classes like Commando, Marksman, Rocketeer; In addition, the game continues receiving mixed reviews since it’s release. The minimum system requirements  for Ace of spades are as follows 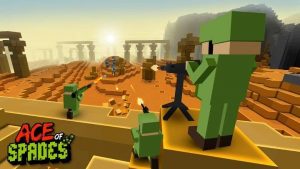 Mythruna is a game attempting to combine a variety of elements including building, crafting and role-playing in a randomly generated sandbox world. Paul Speed developed it. It is a game under development attempting to combine serious role-playing elements with an endless, living, completely modifiable randomly generated sandbox world. For instance, The gamers can take up any role they want to- from sailing all over the world with a crew to building an enormous city. The minimum system requirements for Mythruna are 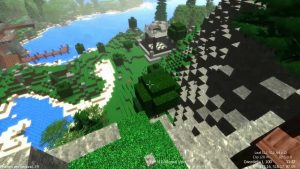 Cube world is an open-world voxel-based exploration role play game which is currently under development. Wolfram von Funck started developing this game and his wife, Sarah von Funck joined the team later. The game features bright, cartoonish graphics with Zelda effects and also contains the RPG elements of Diablo and the graphics of other block-building games. In addition, the game as of now has four classes- Warrior, Rogue, Spirit Mage and Ranger. The minimum requirements of Cube World are : 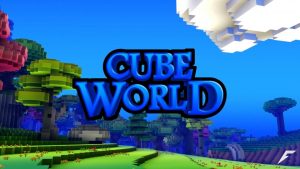 Maniac Digger is a free public domain 3-D block-building game similar to Minecraft for Windows and Linux. The game was launched as a third-party client for Minecraft Classic. It is a sandbox game in which the player builds anything they can think using blocks of varying materials and elements. In other words, the game has three classes to choose from- Soldier, Medic and Support and four weapons to choose from- Pistol, Sub-machine gun, Sniper Rifle, and Manic Digger can be played in both Single-player as well as in Multiplayer mode. The system requirements for Maniac Digger are 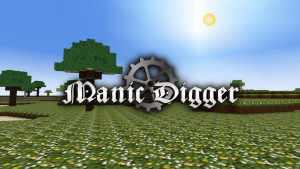 It is a massively multiplayer online and game-creation system platform that allows the users to build their own game and enjoy playing them. Roblox Corporation released the game on August 27, 2006. The company offers a lot of exciting features and is highly praised for being educational. It helps the children in learning programming, and their in-game experience will expose them to the world of marketing and advertising. One of the key features of Roblox is Character-customization. The players can create their articles of clothing and making them stand apart from the rest. World construction in Roblox involves the use of blocks of different sizes, shapes, and colors which is done through the use of Roblox studio 2013. A recent update to the game was the addition of Blogcast which is a monthly live stream that features live gameplay, Q&A sessions, and announcements of updates. The minimum system requirements for Roblox are 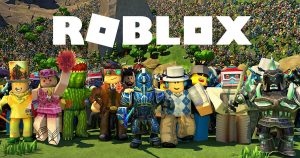 It is a basic and peaceful sandbox game with no specific goals and computer generated enemies. In addition, minetest game is based on creativity, building and exploring worlds. The minimum system requirements for Minetest are 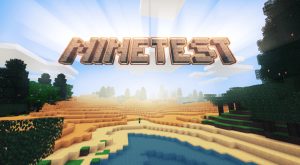 Block Story is a sandbox building game combined with RPG elements. The game has amazing graphics with well-designed worlds for the players to explore. In conclusion, the key feature of Block Story is that the players can craft different weapons, armors and even rings. The minimum system requirements of Block Story are 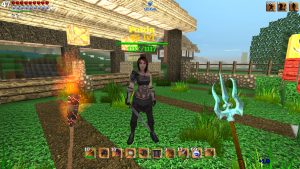 Survivalcraft is a mobile sandbox building game. Each of the creatures in the game is well developed with huge emphasis laid on survival. This game runs on Android versions 2.2 Froyo and above with minimum Hard Drive Space of 13 MB. 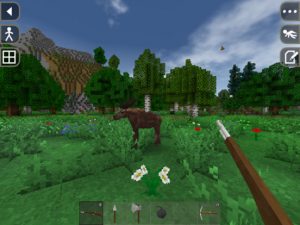 Terasology is a combination of games like Minecraft, Dwarf Fortress and Dungeon Keeper put into one. The graphics of this game is admirable. The players can build their fortress and maintain their group of minions to defend their territory from invaders. The game, however, lacks NPCs, advanced crafting and game portals. The minimum system requirements are: 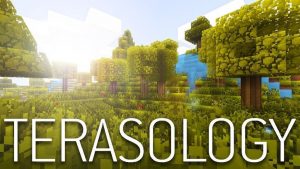 StarMade is a Minecraft-like game which is set in space. After that, the players are thrown in the middle of the universe, and they can start whatever they want- from roaming around freely to start building their edifices. The blocks are collected from asteroids and NPC ships. Another interesting feature of this game is the game’s fighting system with pretty amazing visual effects. The minimum system requirements for StarMade are:

Infiniminer is the precursor game to Minecraft. It is an open source multiplayer block-based sandbox building, and digging game and the player is a miner searching for minerals carving tunnels through procedurally generated voxel-based maps and building structures. The game was developed by Zachary Barth and was released on 29TH April 2009. The gameplay involves a battle between two teams by collecting more precious metals to win. The game has four classes mainly: The miner, the fastest digger, the engineer and the prospector. The minimum system requirements for Infiniminer are: 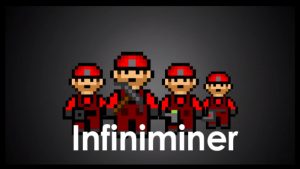 FortressCraft is the Xbox 360 version of Minecraft. It is also available for PC under the name FortressCraft Evolved. The player starts the game in a randomly generated game world where the player can freely explore and create different structures. There is no fixed objective of the game, and the player can build whatever they want using 100 different blocks. The game has different modes such as Freeze-Tag, Hunt and FPS mode. The minimum system requirements of FortressCraft are:

Eden-World Builder is the Facebook and iOS alternative of Minecraft. The game has no real objective, and the players can build and do anything using huge number of different blocks which are of different colors and made up of different materials. The most important feature of Eden is that new maps is downloaded and updated from the server. 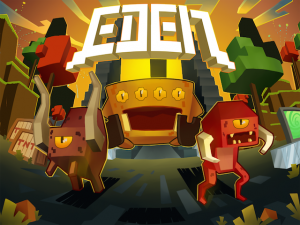 The game requires an iOS version 1.1 or later and is compatible for iPad, iPhone, and iPod touch.

Epic Inventor is a game like Minecraft for PC and Linux. It is a slide-scrolling action RPG combined with some RTS elements. The game is set in a 2-D world, and the players begin with a robot companion. The player begins with no resources and gradually can build up an entire city. The minimum system requirements for the game are: 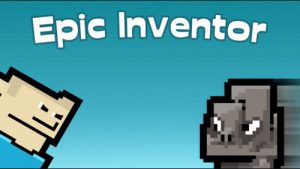 The Synthetic world is also in the games like minecraft list. It has a twist of realism to the popular sandbox genre. However, The players have a vast inventory to create different objects and modify the environment. The minimum system requirements of the game are: 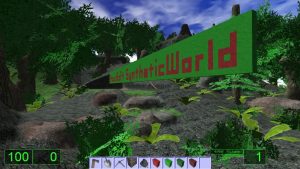 It is a game with shades of Minecraft and Terraria rolled into one. In addition, Different modes are available such as- Death-match, Gold-Hunt and capture the flag. The minimum system requirements of the game are:

Brick-Force is a browser type multiplayer FPS. Mostly people refer playing it on Facebook or through games portal Kongregate. It is not an innovative game and is pretty much straightforward- with a lot of killing.  The players can create their maps, invite other people and start killing each other. The minimum system requirements are:

Don’t Starve is a game like Minecraft for PS4, PC, Mac. In addition, the game is under the influence of Minecraft and filmmaker Tim Burton. The main theme revolves around the survival of a scientist named Wilson in a dark-eerie world. The minimum system requirements of the game are: