Stardew Valley is a real village simulator with its own foundations and laws. Stardew Valley is full of fun having a lot of exciting and addictive features within. But, if you have taken enough of it there are games like Stardew Valley that take the concept, and then do their own thing with it.

But, if you are not aware of Stardew Valley Let me introduce it to you first

Stardew Valley is a real village simulator with its own foundations and laws. Here it is important to remember the needs of the whole community. The player will be one of the residents who must work hard. You inherited an old grandfather’s farm, which is completely desolate. At your disposal will be the necessary tools and a little money. Now we need to farm the land, raise livestock, and extract the necessary resources. As your land expands, Hoya will try to pick you up. Team up with your neighbours and fight back!

So here is the list of games similar to Stardew Valley:

Minecraft is a game in the popular sandbox genre with a huge, automatically generated open world and elements of survival in it. In its style, the entire game world consists of specific blocks (objects, landscape, the player himself and mobs), to create which low-resolution textures were used. Players will be able to create or destroy any block, as well as use objects and blocks in a fully three-dimensional surrounding gaming environment.

Players need to control the characters who are able to destroy or install any type of blocks, personally forming fantastic buildings from them. In addition to the single-player component, there is also an opportunity to show your art and construction potential in a collective game with many other players in a variety of game modes on numerous servers of this game.

The Forest is an atmospheric survival horror game released by Endnight Games Ltd in 2014. For the convenience and opportunities of resistance to the natural environment, the game is made on the principle of an open world system. The main character survives after a terrible plane crash, and now he is trying to survive among the unfriendly nature of a forest inhabited by cannibal mutants. In addition to fighting monsters, the character will have to adapt to weather conditions, learn how to get food, build and defend a camp, build traps and more. In The Forest, you will feel like a real aborigine!

Evil forces have sharpened the scientist Wilson in the wild world. Playing Don’t Starve, you will need to help the hero get out of prison, using all the resources of the mysterious and wild land. Some local residents will also come to the aid of the scientist. The hero must learn to make the necessary items and tools, otherwise, he simply can not survive. Unseen and dangerous creatures, unexpected turns and not always pleasant surprises are waiting for him. Only by overcoming all the troubles and outwitting enemies, Wilson will be able to return home alive.

Terraria is similar to Minecraft, but it has a unique atmosphere created by 2D graphics. The game includes two options for its passage: a single independent mode and multiplayer. By choosing the latter, you can rapidly develop the virtual world with your friends.

Terraria involves the creation of a unique world and a personal hero, the choice of classes for which is quite wide. Personally, you will determine the activities of your character at each stage. He can explore, build houses and castles, invent and create weapons, dig moves and find treasures in the land, fight in battles.

Hurtworld is a unique multiplayer sandbox shooter. The game is fully focused on survival and therefore the need for warmth will be the primary problem for the player. You will need to make a fire, and your condition may be worsened by rain, blizzard or other factors. After solving the problem with heat, you will need food and extraction of the necessary tools. After resolving these issues, you can proceed to build your house.

However, remember that on the server you are not alone, which means there is always a chance to meet unfriendly players.

Rising World is a rather rare game today, the peculiarity of which lies in the possibility of full interaction between the player and the game world. Each player will be able to destroy any items on the map, create various products for survival and get food!

Rising World is truly a great game with its secret dungeons, unprecedented heights of cliffs and dense forests, the study of which will take more than one day! And the opportunity to create your own and the majestic city will only stir up the interest of gamers to this game.

Craft The World is a 2D sandbox strategy that combines elements like Dwarf Fortress and also Terraria. There are events in the fantasy world, where a team of gnomes battles evil monsters. Dwarves need to explore distant dungeons and extract important resources, but dangerous monsters will disturb them in various ways. Brave heroes will confront monsters and search for cunningly hidden resources. Dwarfs can be controlled using indirect orders, it will be necessary for the heroes to indicate with which locations and objects they should interact.

The world of the game “Space Engineers” represents a huge sandbox in space, in which the players engage in the construction of stations and rockets, extracts useful materials from asteroids, controls spacecraft and performs other necessary work. With the help of a physics engine, a player can assemble, destroy, damage, and completely destroy all objects. Although the essence of the game is the construction and management of objects, elements of a tactical shooting are also inserted in it. Feel like a space engineer!

Factorio is 2-dimensional, an economic simulator with elements of strategy. You are an astronaut who has fallen on an uninhabited planet rich in natural resources, but unsuitable for existence. You have set a variety of diverse tasks – the study of the planet’s interior, the extraction of valuable resources and the creation of an extensive production chain. The construction of a huge infrastructure designed for the settlement of earthlings is happening against the backdrop of hostilities with hostile inhabitants of the planet. Use imagination and build your world.

You will play as a mechanic whose service was sent to the planet in order to fully automated agriculture of the whole planet because from here food should be supplied to the capital’s planet. Far from landing, your ship loses control and falls, leaving you as the lucky survivor. Now you have to deal with this mess.

The world of Scrap Mechanic offers the chance to play your own adventure. The multiplayer sandbox game is full of self-made machines, all created by the players. Over 100 different components are available to every player so that he can put his dream vehicle into reality. There are no limits to creativity, so the vehicles can take any shape. Each player can realize his dream vehicle alone or together with friends.

Computer role-playing game with elements of the sandbox in the medieval setting, in which players are engaged in construction, master the craft and fight with other players. The game takes place on an island of 21×21 kilometres, while the number of players here does not exceed 64 people. We can change the landscape, build a house, hunt animals and breed them and much more.

The combat system is built on physics and is non-target, i.e. the direction of the attacks here depends entirely on the player, and the whole combat is controlled by the mouse and keyboard. There is also a system of guilds, thanks to which players can unite to jointly protect their territory, houses and even castles.

Three-dimensional sandbox game, the world in which consists of blocks. Players will have to choose one of the three classes (warrior, magician or thief) and go to the islands connected by portals. Each island has its own climate, population and unique items for crafting. Players can find rare materials and build houses, creating a unique world.

In the battle, you can use different magic and special abilities of the character, which will open with each new level. From time to time, various random events can occur in the game that generates unique missions and situations. The goal of the player is to defeat the Portal Guardians and put the worlds together. The game also has a cooperative mode for four players.

Multiplayer survival simulator. The player needs to collect resources, he can farm, hunt wild animals and prepare food, as well as build a shelter. You also need to constantly monitor the indicators of health and fullness of the character, not allowing him to die of thirst, hunger or hypothermia.

The essence of the game is to collect various resources (ore, wood, stone, leather, plants) and their processing in order to get new weapons or tools. The hero can find firearms and drawings to improve it. In addition to the hostile environment, live players pose a great danger, which can kill a player, take his refuge or just rob. 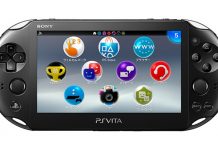 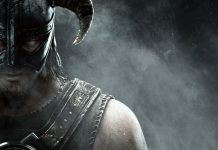 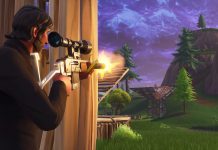 Marshmello in Fortnite Doing a Concert this Weekend!

Skydio R1: An Autonomous Flying Camera for All Your Adventures